A Feat of Engineering 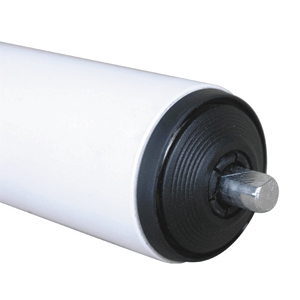 The world is filled with conveyor belts. Taken together a system conveyor rollers, these amazing pieces of technological innovation often go unnoticed and they are underappreciated, but the entire world might be a very different place without them. They are used for everything from moving heavy boxes around shipping warehouses to a vital element in food manufacturing processes.

Deep within the Western Sahara, in the middle of nothing else but unwelcoming wasteland, stands the world’s biggest conveyor belt system. It is so large actually, that it could be viewed from space. This huge construction expands over 61 miles and is used to move phosphate stone throughout the desert.

The automatic conveyor belt system begins its trip at the Bou Craa Phosphate Mine. Phosphate is required as a essential agricultural fertilizer and this Moroccan-controlled territory has above 85% of the planet’s current reserves. Phosphate is in demand worldwide and we all consume around Forty million tonnes per year, so it is clear why this type of large structure had to be built. The belt model is ST 2500 and it is only 80cm wide but features a peak carrying capacity of 2000 tonnes of crude phosphate stone an hour. The many conveyor rollers that make up this system are essential to the sleek operation.

The Bou Craa phosphate mine was discovered in 1947 by the Spanish. The phosphate deposits found in the area were unusually near to the surface and were of particularly high purity, therefore it made it a perfect place to mine, though mining didn’t fully start before the 1960’s. Since the commencement of operations, the mine has continued to expand and now covers a staggering 1,225 hectares. The production in 2001 was 1.5 million metric tonnes of refined phosphate, an unusually large proportion of the world’s supply from a single mine.

The belt, that has been functioning for more than 3 decades, finishes its 61 mile journey in the El Aain shoreline where its load is processed and distributed. The belt isn’t encased and with time, drifting phosphate rock has been carried by the prevailing wind and miles of land south of the belt now looks entirely white from outerspace.

The Bou Craa conveyor belt has such a vital role to play that in case it ever failed, food costs around the globe would significantly raise as stocks of phosphate fertilizer would come to be scarcer. Who would have thought a simple conveyor belt could be so tied to the worlds food supply? With a small amount of overstatement, you could claim that the conveyor rollers and belt contained in this system are what enables billions of people all over the world to eat.

This excellent website www.conveyorrollers.co.uk has a lot more information on the main topic of Conveyor Roller.

The Bou Craa conveyor is a feat of technology and one of a kind. It’s unlikely that we will see one more conveyor belt of similar proportions built in our lives.